Gary B. Shelly wrote and published his first computer education textbook in 1969. More than twenty million copies of Shelly Cashman Series’ textbooks have been sold. Gary and a talented group of contributing authors have produced books on computer programming, computer concepts, and application software that are the leading textbooks in the computer technology market today. Gary has hosted the annual Shelly Cashman Institute, a week-long training event focusing on the latest topics in technology, for the past 34 years.

Jeffrey J. Quasney has worked with the Shelly Cashman Series for more than 9 years in various capacities, including as a developer of teaching tools associated with the Series’ textbooks. He has authored several textbooks, including Visual Basic .NET, Microsoft Office FrontPage 2003, several editions of Microsoft Office Excel, and is a contributing author for Discovering Computers and Discovering Computers: Fundamentals Edition.

There are no reviews yet.

Only logged in customers who have purchased this product may leave a review. 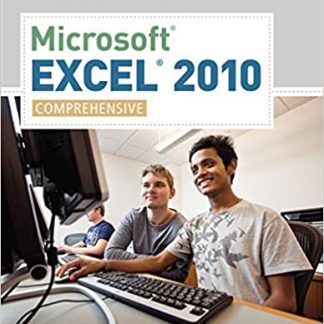